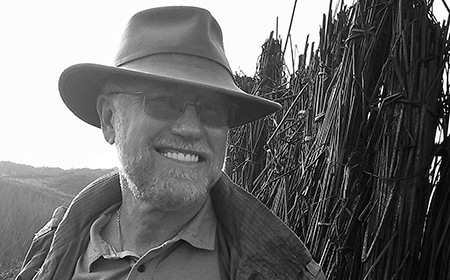 A Veteran Crystal Hunter
After 35 years of traveling the world in search of the rarest gems and stones, entrepreneur Thomas Nagin has become an accomplished mineral dealer in the US, supplying prestigious museums such as the Smithsonian Institute, as well as private collectors and galleries around the world. His fearless persona has taken him to the most dangerous and remote places on the planet to unearth these natural treasures. Befriending locals with his charm and respect for their way of life has allowed him to dig deeper into the secrets of this exciting and, often times, dangerous profession. Having developed relationships with a multitude of people of diverse ethnic and professional backgrounds has helped him cultivate a wealth of knowledge and experience that has led him to countries such as Kenya, India, Peru, Bolivia, Colombia, Mexico and several more. Thomas’s explorations and extensive contacts give him access to a world rarely seen by outsiders, allowing Mineral Explorers to tell the stories that surround these natural wonders. 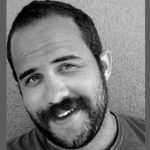 While earning his undergraduate degree at Hendrix College, Jon directed an award winning feature documentary film. A former NBC affiliate news camera-person, he followed his passion for storytelling to San Francisco. There, he found work with Academy Award winning documentary filmmakers, advertising agencies, and even a circus. At UCLA’s School of Theater, Film and Television – where he earned his M.F.A. – Jon helmed projects for the Bill and Melinda Gates Foundation as well as for industry professionals like Academy Award winner Robert Moresco. After graduating, Jon continued his education by assisting highly acclaimed television and feature film producers and directors. As a Los Angeles based content creator, he continues to enjoy various professional storytelling work as an editor, screenwriter, photographer and director. An award winning independent filmmaker, his work has screened at many national and international film festivals. A passionate foodie, he enjoys travel and adventurous eating. He is ecstatic to be returning to Arkansas and joining the Mineral Explorers team! 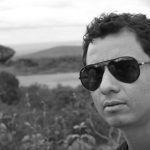 Alex Meza has 14 years’ experience as a cinematographer in both the public and private sector. A resident of Bogotá, Colombia, he specializes in making commercials, documentaries, cultural and tourism series for television. He has made several documentary series promoting the conservation of the Colombia’s flora and fauna. In the public sector he worked for the president of Colombia producing the television program, “Colombia Humanitarian.” He worked for RTI Television and Caracol Television from 1995­-2001 and he’s also shot many independent films for TV. 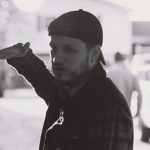 An award-winning editor and graphic designer, Russ Galusha has a talent for creating feelings that draw an emotional response from the audience, regardless of the project. A native of Arkansas, he has worked on numerous local and national narrative films, and Public Television documentaries. He was the Editor, Digital Image Technician and Graphic Designer for “Obselidia,” an official selection of the Sundance Film Festival, and winner of the Alfred P. Sloan award, Best Cinematography. In 2014 he was Co-Editor of the short film “One Please,” an Official Selection of the Tribeca Film Festival; and D.I.T. and Co-Editor for the feature film “All the Birds Have Flown South.” As an Editor for “P. Allen Smith’s Garden Home,” “Garden Style,” and “Garden to Table,” his work has appeared on Public Television stations across the country. He was also Editor for the AETN documentary “Champion Trees,” which recently won two Emmys, Best Cinematography and Best Documentary. He joined “Mineral Explorers” as Editor and D.I.T. In 2014. 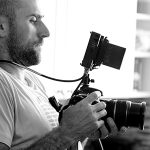 Justin Perkinson is an award-winning American cinematographer and director. Raised in a multicultural family (Virginian and Jamaican), Justin is passionate about telling global stories in innovative ways. He has lived and shot movies in several countries around the world and speaks English, Spanish, French, and Mandarin Chinese. Justin’s film work includes narrative and documentary feature films and shorts, television, music videos, and experimental projects.

Justin is currently based in Los Angeles, after living 15 months in China, where he produced, directed, and shot a documentary web series on “Traditional Chinese Medicine in 21st-Century China”. The project was supported by a Fulbright Arts Grant from the U.S. Dept. of State and filmed across the Middle Kingdom throughout 2014. 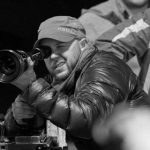 Gabe Mayhan is an award ­winning cinematographer whose narrative and documentary work has screened at such noteworthy festivals as the Cannes, Slamdance and Tribeca Film Festivals, and on HBO.

His documentary work includes roles both behind the lens and in the director’s chair and has garnered multiple Emmy Awards, including Best Cultural Documentary and Cinematography for Champion Trees. Mayhan shot and produced the PBS documentary which chronicles the relationship between art and nature.

Gabe’s unique vision and strong understanding of story have quickly gained the interest of filmmakers around the country. He has an understanding that every story has its own way to be crafted cinematically. And in that way there is an opportunity [to] evolve the narrative emotionally, allowing the film to be seen… in its best light. 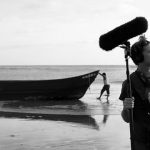 Ben has provided audio expertise for a long list of award winning productions from features and short films to indy sleepers and television, and his work as a production sound mixer has been heard in many of the biggest festivals worldwide. Ben has a double major in philosophy and art but quickly found himself co-producing a local doc-drama focused on homelessness in Michigan. His passion for cinema brought him to Los Angeles where he learned production audio hands-on, soon employed by a diversity of folks from Fox Searchlight to graduate UCLA students. While he maintains parallel careers as an actor and artist, he has worked as a professional sound mixer for almost a decade, and, among other things, enjoys theatre, tennis, and getting good audio.