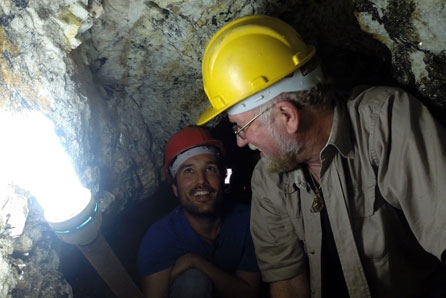 It’s been a long road to the completion of “Mineral Explorers – Season 1” but the national television debut is upon us! And I just wanted to send a heartfelt thank you to everyone who’s been along for the journey. It’s been a great ride!

It was over five years ago when I first came up with the idea to film my trips as a way to share my experiences. We shot our pilot episode in November 2010 and presented it at the Arizona Mineral & Fossil Show. We also submitted it to the prestigious International Television Festival in L.A., where it was named Best Reality Show! Everyone’s enthusiasm was really encouraging and, since those early days, the show’s only gotten better!